Angelo Capone’s gift to his employer and friend George Bury was an ornament he carved while in Cowra Prisoner of War & Internment Camp. It is a treasured Bury family memento from the time Italian prisoners of war lived on their Beerwah farm 1944-1945.

Rosemary Watt, daughter of George Bury has always wanted to know more about her dad’s eagle and the ringed insignia at the bottom. Angelo said that the ornament had been carved with a six inch nail as were the words: Cowra 21-4-42 Australia.

It wasn’t until Rosemary found a similar object in the Australian War Memorial that a more complete history of such objects was revealed.  The AWM relic is more expertly crafted as the pictures below attest, but the description reveals, ” The eagle is made from thin sheet lead or alloy taken from used toothpaste tubes.”

The Italian prisoners of war were resourceful and were known to repurpose and recyle items in the most unusual ways.  The cellophane belts made from the cellophane wraps from cigarette packets is another example of their resourceful abilities. 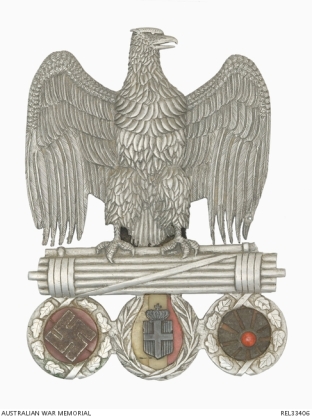 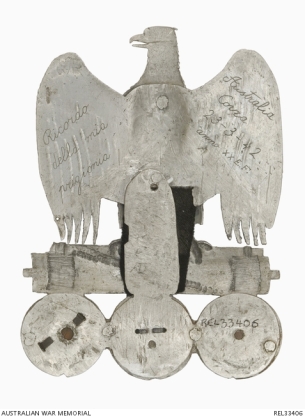 The Italian POWs left a number of reminders and/or political statements in the camps in Australia.  Italians made many statues at Hay PW Camp which included  the Colosseum, the she wolf with twins Romulus and Remus, an army tank and a fascist eagle sitting atop a plinth. 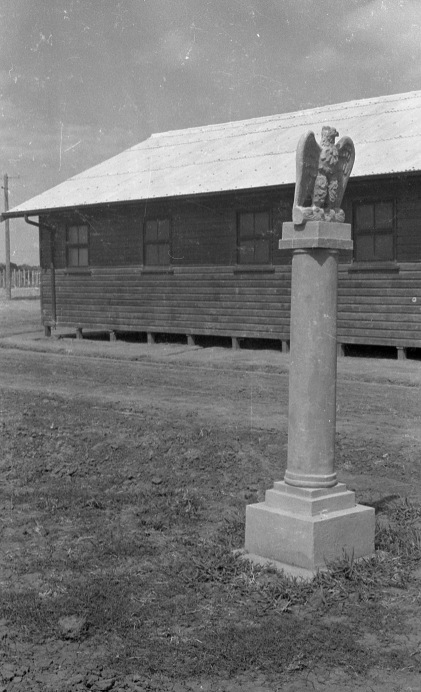 Statue of Fascist Eagle at Hay Prisoner of War Camp 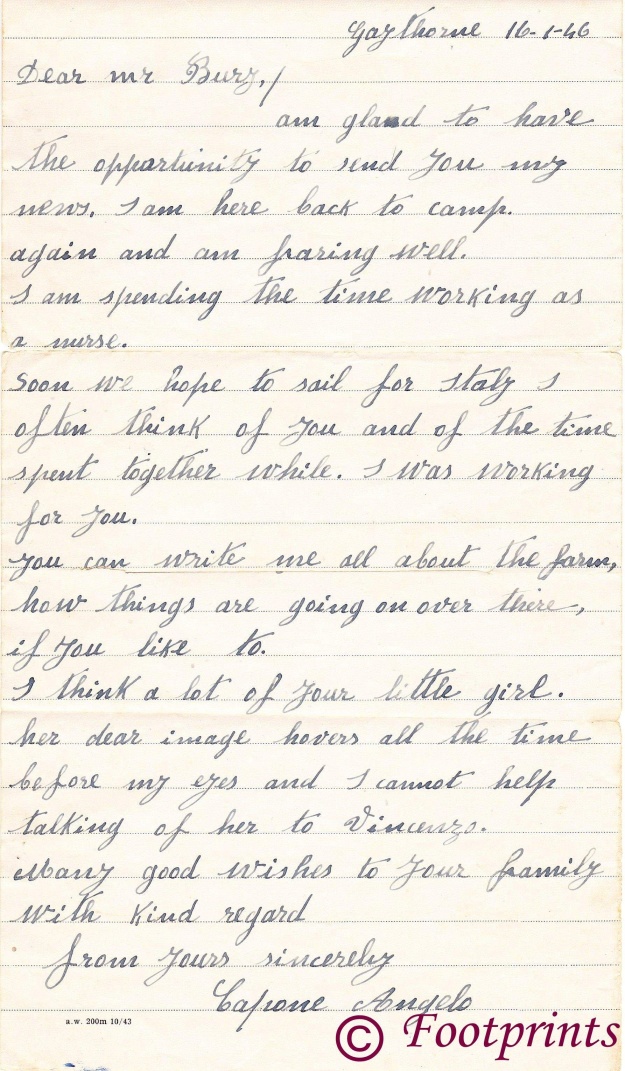 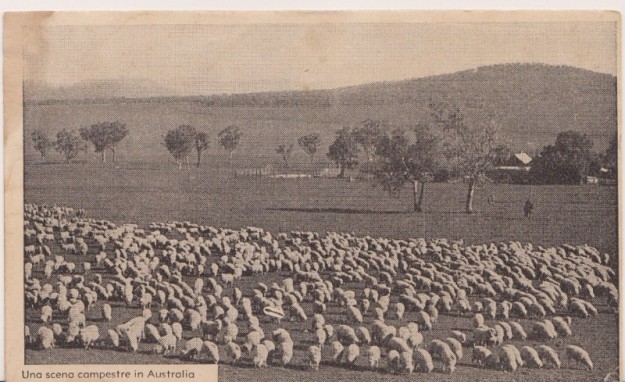