Footprint of Italian Prisoners of War .List of Articles July 2020

PWCC stories are to be told as blog posts: Stories from the Past. They present glimpses into the past while following the footprints of the Italian prisoners of war in Queensland. Stories will be archived, but can be accessed via the toolbars at the right hand side:  Categories Menu  eg Q10 Boonah, Q3 Gympie or by using the Search function. As well the current 10 stories will be listed to the right of the page.

Sifting through archival documents has brought to light the names and military details of the Italian Prisoners of War in Queensland as well as the names of the employers who provided employment for the POWs allocated to the PWCCs.

The life of an Italian Prisoner of War was one largely of uncertainty.  Captured in Africa or Europe, jailed in temporary tent compounds in the desert, moved to Middle East Camps and/or India, these men had been imprisoned for up to two years before they reached the shores of Australia.  A bitter sweet moment came when those held captive in India were told that they were ‘on the move’.

With Italy’s surrender to the allies on 8 September 1943, they could be excused for thinking that in December 1943, they were now going to be going ‘home’. The SS Mariposa  below was one of the ships which brought Italian POWs from India to Australia. Psychologically,  many Italian POWs must have struggled with the reality that they were still prisoners of war, despite Italy no longer being ‘at war’ and that they were not being moved closer to home, but in fact their next journey would take them even further away from their homes and families. 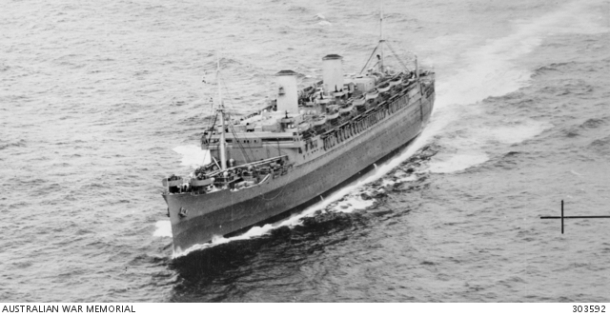 Italian POWs sent to Queensland to work in agriculture, in PWCCs without guards, to be billeted to families would have offered far more freedoms and tinges of normalcy as opposed to imprisonment in the camps: Yanco, Hay, Cowra and Murchison. The majority of Italian prisoners of war were farmers or worked in agriculture, so working on a Queensland farm, with the sunshine on their backs and their hands busy with farm work, they would have felt a re-connection to a familiar life. 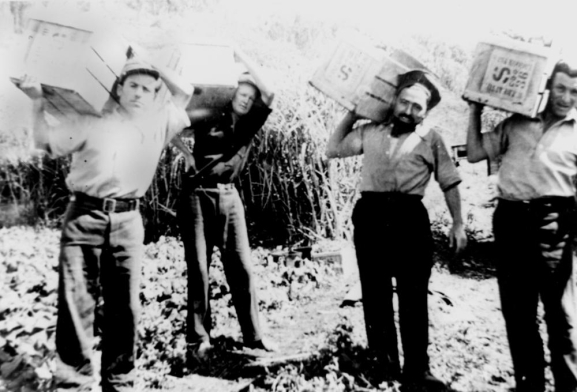 Many Queensland POWs spent time in local and military hospitals, an obvious indication that during active duty and captivity their health had suffered.  And some had return visits. Records also indicate that some POWs were returned to Gaythorne for disciplary reasons including refusing to work, striking Army personnel and escaping. But these incidents were in the minority.

There were many Queensland POWs who had the privilege of spending almost two years with the one employer, which offered stability in those uncertain times.  And there were those who saw the potential that a life in Australia offered as opposed to rebuilding a life in a war torn and crippled Italy. 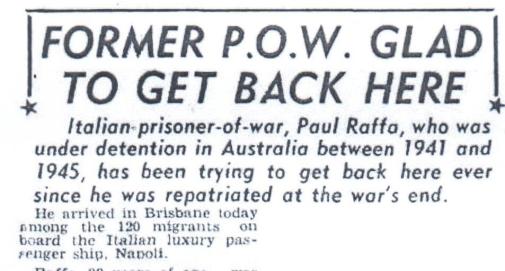 Disappointment came from ‘officialdom’ and Geneva Convention regulations that prisoners of war must be returned to their home country.  Officialdom could not deal with the requests from POWs to not be returned to Italy but to be granted Certificates of Residency and remain in Australia. But for those few who remained ‘at large’ until early 1950’s, temporary permits were issued.

Glimpses of the past history of Italian Prisoners of War in Queensland highlight both the bitter and the sweet; and the interesting.