The day after Italy’s declaration of war, Queensland residents of Italian heritage were arrested by local police. 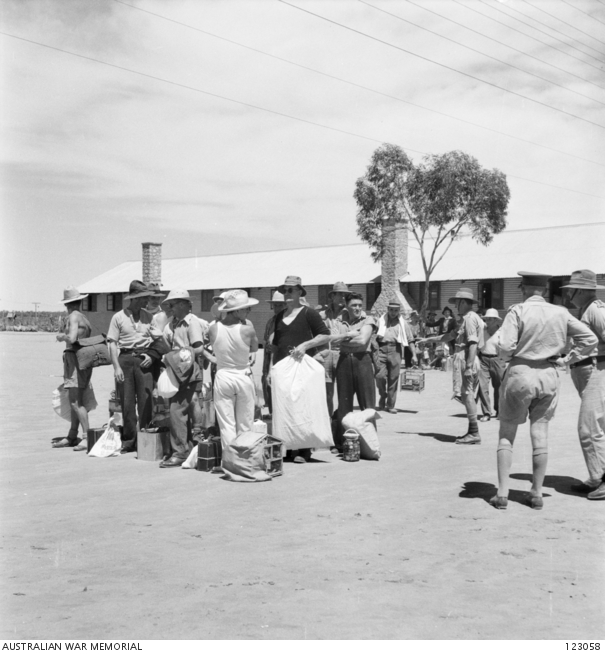 Barmera, South Australia. 1943-12-31. As many Italian internees were released during 1943 it was decided to close No 9 Compound and transfer the remaining Italians to No 14D Compound in the Loveday Internment Camp Group. This photograph shows the last internees at their final roll call in No 9 Compound. At the extreme right with their backs to the camera are Australian Captains E.L. Roesler and C.B. Farrow.

There were two situations in the Burdekin during WW2.

Many Burdekin residents have contacted me regarding their fathers and grandfathers who were arrested and interned.  These men were classified as INTERNEES.

I have put together the following document to assist families to find information about the internment of their family members:

Many, but not all, Burdekin internees were sent to Loveday Interment Camp in South Australia and the document below provides details of this camp:

Behind the Barbed Wire

Nationalities of Other Internees

Italian was not the only nationality to be interned in Queensland during WW2.  Other nationalities included: Greek, Lithuanian, Spanish, Hungarian, Polish, Austrian, Russian, Albanian, Portuguese, Indonesian, German, Japanese, French and Finnish.  Internees were arrested under the National Securities Act.  Being Australian born (British Subject) or being naturalised did not exempt individuals from being interned.  People of foreign descent or nationality fell into three categories: NBS (Naturalised British Subject), Alien or British Subject (born in Australia).  NB The concept of Australian Citizenship did not come into existence until 1948. Queensland residents who were interned came from all three categories. 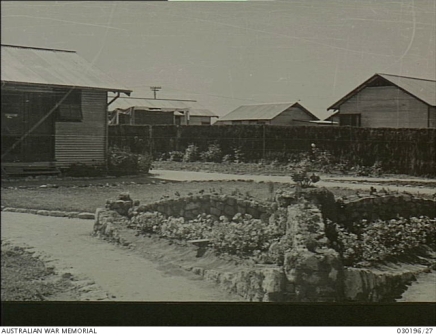 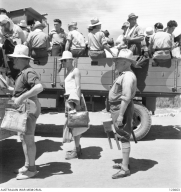 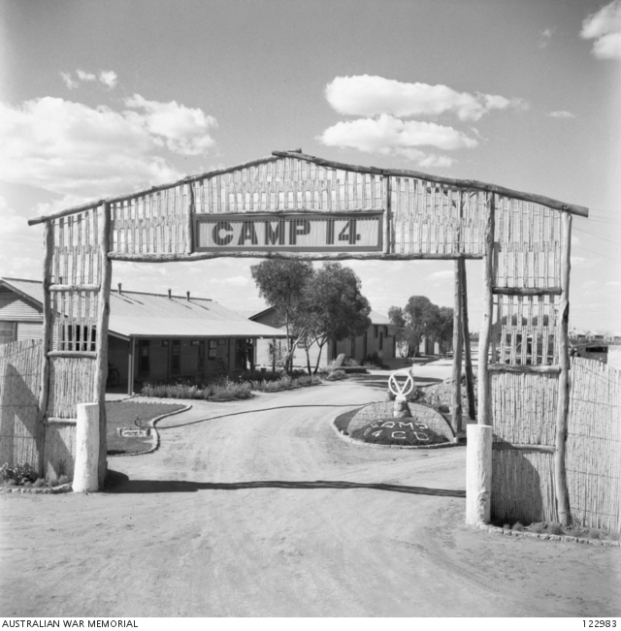